The Berkeley Connect program opens up the extraordinary resources of the university to you: the extraordinary students on our campus. By joining, you will become part of a community of like-minded faculty, mentors, and students that will provide a supportive environment in which to exchange and discuss ideas and goals. Berkeley Connect will help you to make the most of your time at the university as you learn more about the major in Architecture. We’re excited to get to know you!

Message from the Director

Would you like a chance to discuss some of the excitement and challenges of being an architecture student in a relaxed and stress-free setting? Do you seek a forum to share ideas, troubleshoot as a way to enhance your experiences as an architecture student at Berkeley?As the Director of the Department of Architecture’s Berkeley Connect program, I’d like to encourage you to join an exciting new opportunity for support, interchange and creative growth. Our Berkeley Connect Program is designed to provide with you empowering skills and new insights about architecture as a discipline and profession. The Berkeley Connect program will help you get the most out of our Department by bringing you together in conversation with faculty and students in a sequence of weekly activities designed to be fun, informative and supportive. You will make new friends, develop a support system to help you achieve your goals, and lean new things about architecture in an informal and interactive setting.

I look forward to sharing the excitement and potential of the Berkeley Connect program with you.

Berkeley Connect links undergraduate students with experienced mentors in Architecture. These mentors lead small groups of 10-20 students in regular meetings; they also meet with students one-on-one to provide guidance and advice. The core of the Berkeley Connect program is a one-credit, pass-fail course that is designed to create a community of students with similar intellectual interests. There is no homework associated with Berkeley Connect: no exams, no papers, no quizzes. Instead, small group meetings focus on sharing ideas and learning new skills within the Architecture major as a way to foster friendships and provide a supportive intellectual community for Berkeley undergraduates.The only requirement for joining Berkeley Connect in Architecture is that you have an interest in the field of study. You do not have to be a major in order to participate! Undeclared freshmen and sophomores are welcome, along with entering junior transfers and juniors and seniors who have declared the major.

Every semester, Berkeley Connect sponsors a wide range of activities and events for participating students. Â They include:

At the heart of Berkeley Connect is the relationship between you and your mentor. The Berkeley Connect mentors are advanced graduate students or recent PhDs in Architecture, who are chosen both for their demonstrated commitment to undergraduates and for their scholarly achievement. They are dedicated to providing the kind of close-knit community and one-on-one attention that can be hard to find at a large university.

When you sign up for Berkeley Connect, you will join one of several small groups of participants in Architecture. Your small group will be led by your mentor, and will meet every other week during the semester for an hour-long dinner discussion sessions. Discussions will focus on key intellectual issues within Architecture as well as key skills you need to succeed in the major. Above all, the small groups will focus on building connections among students, so that each group becomes a supportive community for all participants.

You will also meet with your mentor one-on-one at least twice during the semester, once to get acquainted, and a second time just before Tele-Bears, to discuss your plans for completing your major. Your mentor also has office hours every other week, during which you are free to show up and ask questions, talk over your day or your week, discuss what you are learning in class, or just have an informal conversation.

argaret Crawford (Director) is Professor of Architecture at UC Berkeley, teaching  courses in the history and theory of architecture, urbanism and urban history and studios focusing on small scale urbanity.

Her research focuses on the evolution, uses and meanings of urban space. She has written and edited several books including Building the Workingman’s Paradise: The Design of American Company Towns, The Car and the City: The Automobile, the Built Environment and Daily Urban Life and Everyday Urbanism, and has published numerous articles on shopping malls, public space, and other issues in the American built environment. Recently investigated the rapid physical and social changes in China’s Pearl River Delta. Prior to coming to Berkeley, Crawford was Professor of Urban Design and Planning Theory at the Harvard GSD and, before that,  Chair of the History, Theory and Humanities program at the Southern California Institute for Architecture. She has also taught at the University of Southern California, the University of California at San Diego, the University of California at Santa Barbara, and the University of Florence, Italy. She has been the recipient of numerous awards including the Guggenheim Fellowship, two Fulbright Fellowships to Hong Kong, Quadrant Fellowship, James Marsden Fitch Foundation grant, and Graham Foundation grants. 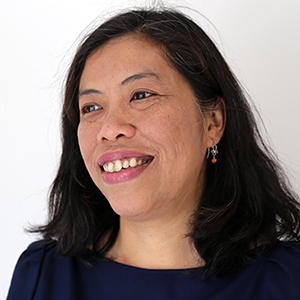 Rina Priyani is a PhD candidate in Architecture.

I went to Bandung Institute of Technology, Indonesia. My major was Architectural Engineering.

My research examines how architects, builders, citizens, politicians, and visionaries of the postcolonial world took part in the life of the city, foregrounding the roles of gender and ethnicity through late Dutch colonialism, Japanese occupation, and post-independence Indonesia.

My family moved a lot! My childhood was spent in LA, Orange County, Riverside, the Bay Area, and Boise, Idaho.

My research focuses on the production and social lives of “everyday” built environments, which is to say the human-designed landscapes, buildings, and infrastructure you won’t find in architectural history textbooks. I have recently written about the entrepreneurs and shoppers responsible for the proliferation of indoor swap meets in post-industrial Los Angeles, and I am currently writing about the ways these vibrant marketplaces stood on the leading edge of globalization and were important crucibles of West Coast hip hop.

During a semester in Berkeley Connect in Architecture, you will participate in one-on-one conversations with your mentor, small-group discussions, special events and field trips.

Berkeley Connect discussion sessions are informal and interactive, with time allowed for students to check in, talk about their experiences on campus, and reflect on current events that create the context for their academic studies.

To sign up, enroll in a Berkeley Connect section when course registration opens.  To participate in Berkeley Connect in Architecture, you enroll in a section of Architecture 98BC (primarily for freshmen and sophomores) or 198BC (primarily for juniors and seniors). Both are offered for one unit, taken on a Pass/Not Pass basis. Participation is NOT restricted to declared majors.

You can also contact the central Berkeley Connect office at berkeleyconnect@berkeley.eduor (510)664-4182.